From the May-June, 2019 issue of Alaskan History Magazine, with additional content: Postcard of The Ranier Vista, focal point of the Exposition.

The Alaska–Yukon–Pacific Exposition was a world’s fair held in Seattle in 1909, publicizing the development of the Pacific Northwest. It was originally planned for 1907, to mark the 10th anniversary of the Klondike Gold Rush, but the organizers found out about the Jamestown Exposition being held that year, and rescheduled their event for two years later.

“Uncle Sam throws the searchlight on Alaska” – by W. J. Harris, of Juneau.

Originally intended to celebrate Washington’s growth and development resulting from the infusion of wealth created by the 1897 Klondike Gold Rush, the exposition was expanded to also include the importance of Pacific trade. The only foreign countries to erect entire buildings at the fair were Japan and Canada, but their presence was enough to validate the Pacific theme. Other countries were represented on a smaller scale.

The Alaska-Yukon-Pacific Exposition opened on June 1, 1909, on the largely undeveloped grounds of the University of Washington. During the official opening ceremony, from the White House in Washington, D.C., President William Howard Taft opened the Exposition by striking a special telegraph key which had been studded with gold nuggets from the mine of George Carmack, whose discovery had started the Klondike Gold Rush. As visitors passed through the fair they marveled at exhibits such as the desk where Thomas Jefferson drafted the Declaration of Independence, the first wireless telephone, an operational lighthouse, model locomotives, and a large exhibit documenting the history of photography. A popular display at the Alaska building was the more than $1 million in gold nuggets, dust, and ingots inside a heavily fortified case which was lowered through the floor to an underground vault at the end of each day.

Alaskan wildlife was on display, along with a fish-canning exhibit, and timber, whaling, and mining displays. There was the finale of a transcontinental auto race, a reenactment of the Civil War battle of the Monitor and the Merrimac, and displays showcasing the “Streets of Cairo,” “On the Yukon,” and the “Gold Camps of Alaska.” William Boeing, founder of the Boeing Aircraft Company, stated that it was during the Alaska–Yukon–Pacific Exposition when he saw a manned flying machine for the first time and became fascinated with aircraft.

“The Exposition,” by Mateel Howe, was a report published in the newspaper, The Independent, on June 24, 1909. She wrote: “I have said all expositions are alike, but the A-Y-P is unique in one particu­lar. It does not represent anything past, but stands for the Alaska and Pacific of today and of the future. It does not commemorate anything that has been done but things that are expected to be done. This makes a step forward in ex­positions and Seattle should be proud to be the pioneer. She has built a fair in every way creditable. It is a pretty little fair, certainly, and the country about, the mountains, the ocean and the mystery- brooding forests make it even a beautiful little fair.”

The Alaska-Yukon-Pacific Exposition was a resounding success. Over eighty thousand people visited on opening day, and more than three million people visited the fair before its gates closed in October; it was the first World’s Fair to turn a profit.

• A slideshow of the A-Y-P at HistoryLink.org

• The Alaska-Yukon-Pacific Exposition at Wikipedia 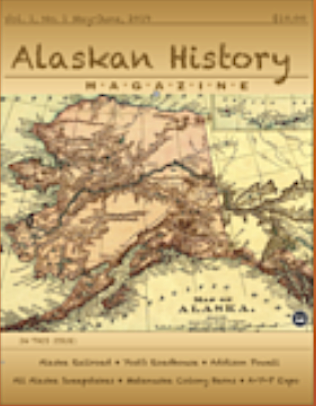