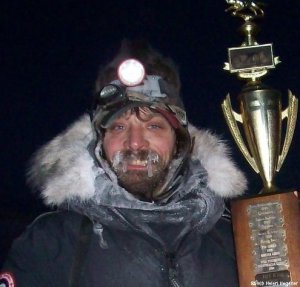 The 2019 Iditarod is wrapping up now, with the final teams making their way into Nome and the mushers which have been arriving for the past week are getting ready for the Awards Banquet. One of the most exciting events in this year’s race was the re-entry of mushing legend Lance Mackey, who set record after record a few short years ago and is still the only musher to win four Yukon Quest championships and four Iditarod championships, a couple of those being back-to-back runs with a pack of incredible superdogs! 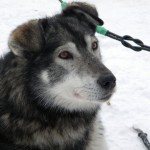 “There is always the comfort and beauty of watching my team trotting. Muscles on their hind legs, rhythmic, trotting with so much power. Transfixed, I can stare for hours at my dogs moving across the white landscape, reminded that life itself is about moving forward-made authentic with risk. I’m willing to take risks to keep living, and my dogs are bold, always ready to share it with me. I’ve learned to force myself to look around, take my eyes off the team, even ride backward on my sled and look behind, to break the trance.”

Lance’s achievements were such that they caught the attention of two famous astronomers, and they named a minor planet in his honor: 43793 Mackey. The official naming citation is published in the Dictionary of Minor Planet Names.

Discovered November 13, 1990 at the Palomar Observatory in California, 43793 Mackey was named by C.S. Shoemaker and D.S. Levy, who co-discovered the famous Comet Shoemaker–Levy 9 in 1993, which collided with the planet Jupiter in 1994.

Lance Mackey (b. 1970), with his canine athletes, is the first musher to win North America’s two premier long-distance sled-dog races back-to-back, the 1000-mile Yukon Quest and the 1100-mile Iditarod. His 2007 triumphs are testimonial to his courage, toughness and determination as a cancer survivor. [Ref: Minor Planet Circ. 59923]

The International Astronomical Union’s Minor Planet Center is the single worldwide location for receipt and distribution of positional measurements of minor planets, comets and outer irregular natural satellites of the major planets, responsible for the identification, designation and orbit computation for all of these objects. This involves maintaining the master files of observations and orbits, keeping track of the discoverer of each object, and announcing discoveries to the rest of the world via electronic circulars and an extensive website. The MPC operates at the Smithsonian Astrophysical Observatory, under the auspices of Division F of the International Astronomical Union (IAU).