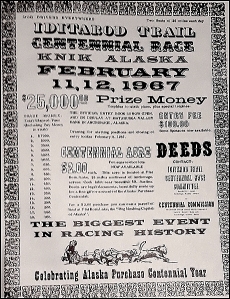 In 1967, a 50-mile sprint sled dog race was run from Knik to Big Lake, in two 25-mile heats over a two-day period, with the race route including nine miles of the original Iditarod trail.

The race was the brainchild of Wasilla historian Dorothy Page, who thought such an event would be an appropriate and effective way to commemorate the Alaska Purchase Centennial. With a purse of $25,000 the race would be the richest in modern times, and it drew a field of 58 mushers which included most of the best-known racers in Alaska and two from Massachusetts.

The Iditarod Trail Seppala Memorial Race was planned for February 11 and 12, 1967. 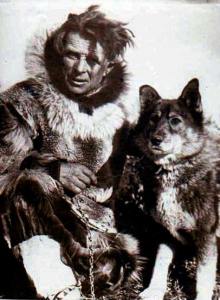 The name was a tribute to the great sled dog driver Leonhard Seppala, whose fame derived from his three championship All Alaska Sweepstakes races and his heroic run in the 1925 Serum Run to Nome. He passed away after a brief illness in a Seattle hospital at the age of 89, shortly before the 1967 Alaska Centennial race, and the organizers added the great musher’s name as a way to honor his memory. His wife, Constance, flew to Alaska for  the Centennial race, and while she was in Alaska she sprinkled her respected husband’s ashes along the Iditarod Trail, saying he had always felt at home on the Iditarod Trail. 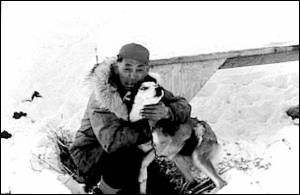 The 1967 race was billed as ‘the biggest event in racing history,’ with an unprecedented purse of $25,000, richer than any purse offered for a sled dog race until then. It attracted mushers from all around Alaska, respected dog drivers such as George Attla, Gareth Wright, Earl Norris, Jerry Riley, Orville Lake, Herbie Nayokpuk, Dick Mackey, and even two champion sprint mushers from Massachusetts: Dr. Roland Lombard and Dr. Charles Belford. Among the 59 teams entered were three Redington teams, driven by Joe and his sons Joee and Raymie. Although many of the mushers who entered were already champions, the race was won by a relative newcomer, Isaac Okleasik of Teller, driving a team of big village working huskies. 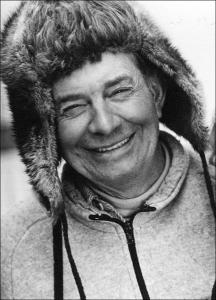 Joe Redington played a large part in making the first race over a short section of the old trail a reality. Besides spearheading the fundraising for the 1967 race, Joe, with the help of several friends, blazed and reopened nine miles of the long-dormant Iditarod Trail for the event. He also put his Flathorn Lake homestead on the line as collateral when raising the purse became an issue; it would later take the governor’s intervention and a state legislative act to save the Redington land from foreclosure. But the race won generous accolades in the press and at the finisher’s banquet, and reinforced Joe Redington’s belief that the Iditarod Trail could play an important role in keeping the sport of mushing alive. 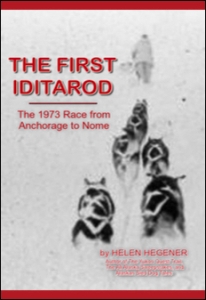 The First Iditarod, The 1973 Race from Anchorage to Nome, by Helen Hegener, a revised edition of the 2015 book, published by Northern Light Media. 199 pages. Format 6″ x 9,″ b/w illustrations, bibliography, resources, indexed. $24.00 plus $5.00 shipping and handling. Foreign orders please use Amazon.  Click here to order from the author via PayPal.