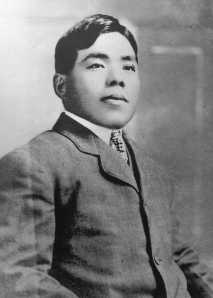 There are many strange and unusual stories in the annals of northern sled dog travel, but one of the most fascinating concerns an enigmatic Japanese explorer and adventurer named Jujiro Wada. Born in Japan in the 1870s, the second son of a lower-class samurai warrior, he traveled to the U.S. in 1890 and worked as a cabin boy for the Pacific Steam Whaling Company and at Barrow for the renowned Charlie Brower, manager of the Cape Smythe Whaling and Trading Company, which history buffs agree was probably where he learned to handle sled dogs and began learning the Alaska Native languages.

Jujiro Wada was with E.T. Barnette when the businessman landed at what is now the site of Fairbanks. Hearing about the recent gold strikes nearby, Barnette dispatched Wada up the Yukon River with one of his own dogteams, taking the first news of the strikes to the miners at Dawson City. Wada drove Barnette’s team into Dawson City on Dec. 28, 1902, and upon interviewing him the Yukon Sun printed a front-page story with the bold headline, “Rich Strike Made in the Tanana.”

Several hundred miners quickly left Dawson City for Fairbanks, but most were disappointed to find the best sites were already staked. As the story goes, an angry mob gathered at Barnette’s store and threatened violence against both Barnette and Wada. An article in the Dawson Daily News, July 8, 1912, mentioned Wada’s legendary predicament:

“Jujiro Wada, the mushing Jap who brought the first news of the Fairbanks strike to Dawson, and has made numerous other trips in the North, recently blew into Fairbanks again with a new story about the placer country of Western Alaska. The Times says: Ten years in a placer camp is a long, long time, more than five or ten times that number of years in an older community, where things move more slowly and the population does not come and go with such kaleidoscopic changes. Thus, the return of Jujiro Wada to Fairbanks might be likened almost to the return of one of the Pilgrim fathers to Plymouth, in point of the changes that have taken place in Fairbanks and the generations (placer camp generations) that have come and gone since he first visited the section and then mushed overland to Dawson ten years ago, with the news that caused the Fairbanks stampede. True, when the Dawsonites moved over the winter trail and viewed Felix Pedro’s strike the majority of them were in favor of hanging Wada, but the hardy little brown musher has since been vindicated. His estimate of the camp was the correct one, and those of that first stampede who remained have mostly prospered. Thus is always gives him much satisfaction to drop back to Fairbanks and view the progress.”

“The story that I was about to be hanged for causing a thought-to-be-fake stampede was not correct. The fact is that the miners held a meeting to decide as to the price of flour then being offered by one of the trading companies. They thought the price exorbitant. It was rumored that the miners had a rope on my neck, and were about to hoist me. Now that is not true. The other part of the story, that I showed a copy of the (Seattle) Post-Intelligencer saying that several years before I had rescued a party of shipwrecked whalers in the Arctic in dead of winter is true. I did show that paper to let some of the boys know I had been up North, but it was not in a plea to save my neck.” 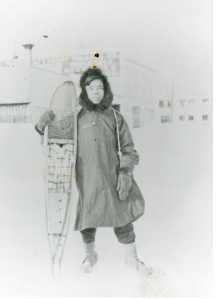 Jujiro Wada, ready for the trail

For many years Jujiro Wada traveled widely across northern Alaska, the Yukon Territory, and beyond, leading an adventurous life and leaving his mark on the history of the north country. His exploits were the stuff of legend, as he traveled by dog team, hunting, trapping, prospecting, running marathons, and entertaining people wherever he went with his colorful stories. On one of his epic dog mushing trips he travelled from the headwaters of the Chandalar River to the Arctic Ocean, along the shore of the ocean to the Mackenzie River, and up that river and across the divide to the Porcupine River, taking more than a year, he and his dogs living on game hunted along the way.

Another of Wada’s lasting contributions to Alaskan history was helping to pioneer the Iditarod Trail after several gold strikes were made in the Iditarod area, although in most accounts of Wada’s travels the trip appears as something of a footnote to his other adventures. In a summary of Yuji Tani’s 1995 book, “The Samurai Dog-Musher Under the Northern Lights,” Fumi Torigai, who was documenting Wada’s travels for submission to the Historic Sites and Monuments Board of Parks Canada, wrote:

“In December of 1909, at the request of the town, Wada established a route from Seward to the newly discovered gold mine of Iditarod. Acting as the leader of a fleet of dogsled teams, Wada had a relatively uneventful trip to Iditarod.  However, on the return trip to Seward, he and his three companions had to go through prolonged minus 60 F (minus 51 C) weather.  Several dogs, including his lead-dog, became too weak to survive the extreme cold and had to be put to sleep.  The hardships of Wada and his companions and the ensuing rush of prospectors into the Iditarod area were widely reported in many Alaskan papers.”

The Seward Museum has a marvelous three-part video series online telling the story of the Iditarod Trail expedition of Jujiro Wada in newspaper articles read by Lee Poleske, president of the Resurrection Bay Historical Society. Recorded earlier this year as part of the Iditarod Trail Centennial celebration, the free video series is fun and informative for all ages, and brings to light some of the history of this little-known Alaskan wanderer.

“An interesting and perhaps controversial question remains: Why don’t we know more about this remarkable individual? His feats and tenacity are exemplary although detractors question some of his motives and willingness to be manipulated by people like E.T. Barnette. Wada wished to become a U.S. citizen so he could own land and stake claims, but his application was denied. Later, during World War I he was accused of being a Japanese spy, but those charges were not confirmed.

“The newspaper accounts of those times, as now, are selective, likely reflecting the socio-economic conditions and attitudes of that era. Whereas Northerners then as now accept most individuals based on individual abilities, it has not always been so by federal standards. Alaska Natives were only accorded U.S. citizenship in 1915, and then only provisionally. Until 1922, non-whites weren’t allowed citizenship through naturalization. These factors might have obscured the presence and exploits of individuals like Wada.” 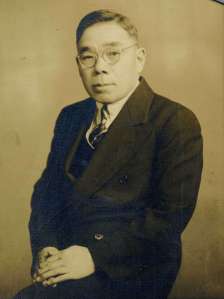 The 2007 Yukon Quest honored Wada with an exhibit of his achievements in the north. The official press release read in part:

“‘Mr. Wada traveled by dog team along what is now the Yukon Quest Trail over 100 years ago when it was a traditional travel route. He learned his survival skills and travel routes through the assistance of the aboriginal people in the north,’ said Lillian Nakamura Maguire, educator for the Yukon Human Rights Commission. ”‘He was respected for his hardiness, dog care and good character, although, as a Japanese man he experienced racism due to the strong anti-Asian sentiments in the early 1900s,’ Nakamura Maguire said.

“‘The Yukon Quest is dedicated to honouring the traditions of travel by dog team in the North and the equal treatment of all dogs and people taking part in the race. Mr. Wada embodied the love and respect for his dogs that is one of the founding principles of the Yukon Quest,’ said Stephen Reynolds, Yukon Quest (Canada) Executive Director. ‘We are honoured to help bring Jujiro Wada’s incredible story to the world.’”

Wada, who promoted many mining ventures, traveled great distances across Alaska by dog team. He also helped blaze the trail from Seward to Iditarod.

“True, when the Dawsonites moved over the winter trail and viewed Felix Pedro’s strike the majority of them were in favor of hanging Wada, but the hardy little brown musher has since been vindicated. His estimate of the camp was the correct one and those of that first stampede who remained have mostly prospered.”

Wada had good times and bad, always sending money back to support his mother in Japan. He died broke in 1937 in San Diego and was buried in an unmarked grave.

A monument to him in Japan in Matsuyama City, established in 2007, celebrates the high points of his life.