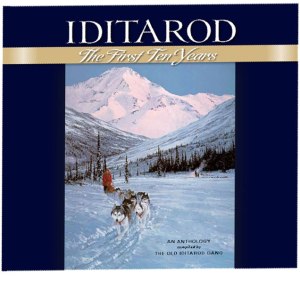 Please click here to help put a copy of this book in every Alaskan school – even a $5.00 donation will help put more books into our schools!

Iditarod: The First Ten Years is a tremendous compilation of history from many of the mushers, friends, families, volunteers, news reporters, photographers, artists and others who helped make The Last Great Race a reality during those heady, wild, exciting, unforgettable early years, from 1973 to 1983. These are the stories of how the race began and then continued, the important foundational years when planning for and making the race happen was as exciting an event as the race itself.

This beautifully illustrated book, compiled and edited by the folks who were there (who call themselves The Old Iditarod Gang), highlights the inaugural race in 1973, when Joe Redington Sr.’s dream became a reality, along with the next nine races which kept that dream alive. It shares the adventures of the volunteers who made the race possible, the pilots who created the Iditarod Air Force, and the veterinarians who kept the dogs healthy, or mended and healed them when the inevitable happened. It tells the story of the Alaskan Native mushers who brought their incredible wealth of dog lore and knowledge to bear and won the race, and placed well, and taught others how to care for and train and race dogs. It gives the background tales of checkpoints, landmarks, towns and villages, rivers and mountains along the way to Nome. It shares the sometimes harrowing, sometimes hilarious stories of the news reporters and photographers who were tasked with keeping up with it all, year after year, and whose images and reporting helped make the race what it is today, a worldwide phenomenon. 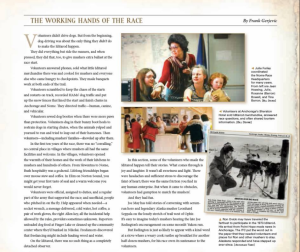 Now the promoters of this excellent book would like to see a copy in every Alaskan school, so the children who will be carrying on the work and the traditions of the race- and perhaps racing their own team to Nome! – will have this inspiring and educational volume available to read. At their GoFundMe page they state: “It is generally a good and decent thing to be a part of the education of deserving young students, to help them along the way, to help them broaden their horizons and to enhance their awareness of the good things around them. “Reading is a Lifelong Journey” (and necessity) in the pursuit of knowledge! For anyone interested in investing in something meaningful, won’t you join us in our quest to place Iditarod The First Ten Years in every school library around the state?” 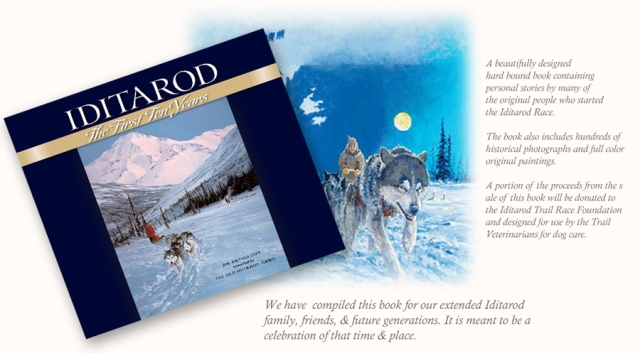