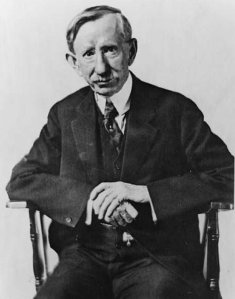 Frank George Carpenter (Mansfield, Ohio, May 8, 1855, – Nanking, June 18, 1924) was an author, photographer, lecturer, and a collector of photographs. Carpenter wrote standard geography textbooks and lectured on geography, and he wrote a series of books called Carpenter’s World Travels which were very popular between 1915 and 1930.

With his daughter Frances (1890-1972), Frank Carpenter photographed Alaska and collected the images of other Alaskan photographers between 1910 and 1924, and Carpenter’s works helped popularize cultural anthropology and geography in the early years of the twentieth century. A collection of over 5,000 images were donated to the Library of Congress by Frances at her death in 1972. The Frank G. Carpenter Collection at the Library of Congress totals approximately 16,800 photographs and about 7,000 negatives.

Hauling freight on the Overland Trail between Whitehorse and Dawson City 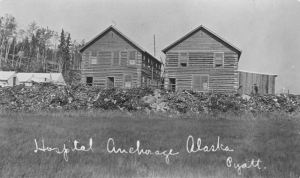 U.S. Government mail team taking a break on the trail.

Teams loaded and ready for the trail.